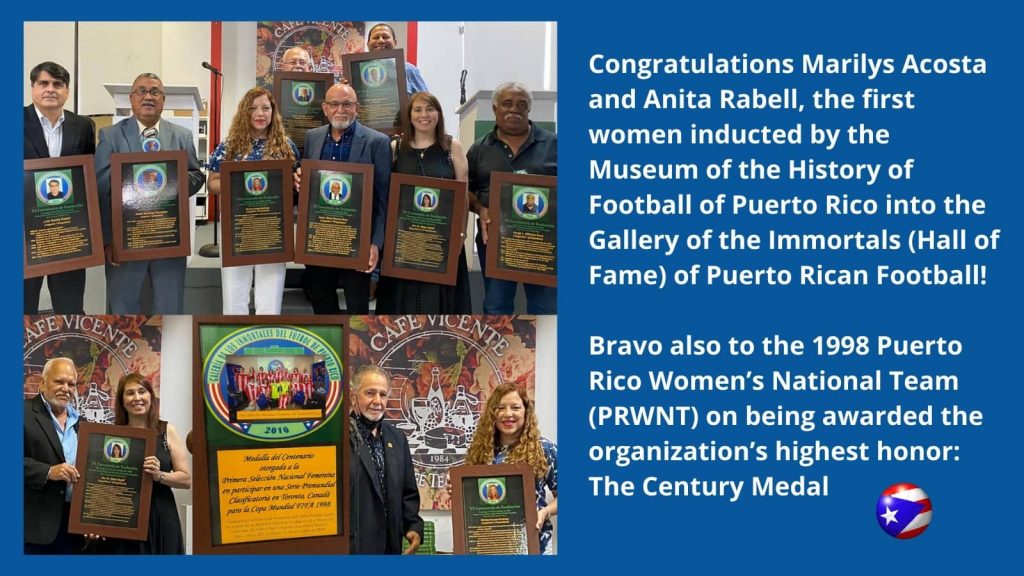 * Museum inducts two women into its Gallery of the Immortals (Hall of Fame) and honors the 1998 Puerto Rico Women’s National Team (PRWNT) with its highest honor, The Century Medal

In March 2021, the Museum of the History of Football of Puerto Rico for the first time inducted two women into the Hall of Fame of the Gallery of the Immortals of Puerto Rican Football – legends Marilys Acosta and Anita Rabell – and awarded the first PRWNT the institution’s highest honor: The Century Medal.

The inductees were members of the initial PRWNT, which in 1998 became the first of any Puerto Rican side to break into the CONCACAF Championship / FIFA World Cup Qualifiers, playing three matches at that year’s qualifying tournament.

Please take a look at the attached article to learn more about these intrepid pioneers, and also about the launch of a series of AthensWFS webinars entitled Pa’lante: Puerto Rican Women in Football, hosted by acclaimed writer, educator, speaker Natalia de  Cuba Romero (Captain of the first PRWNT).