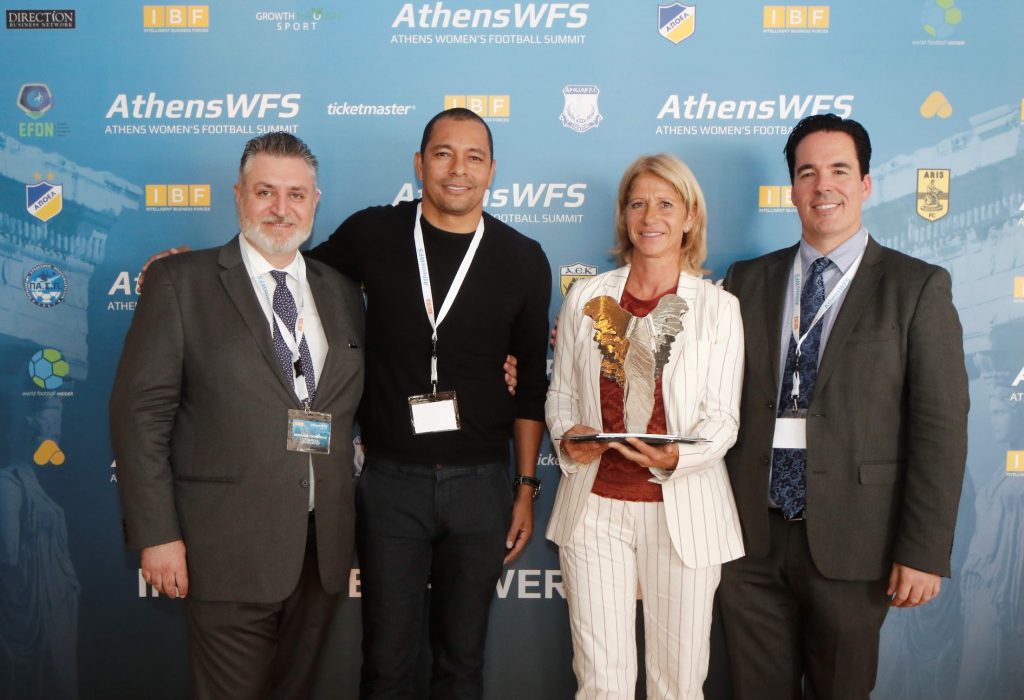 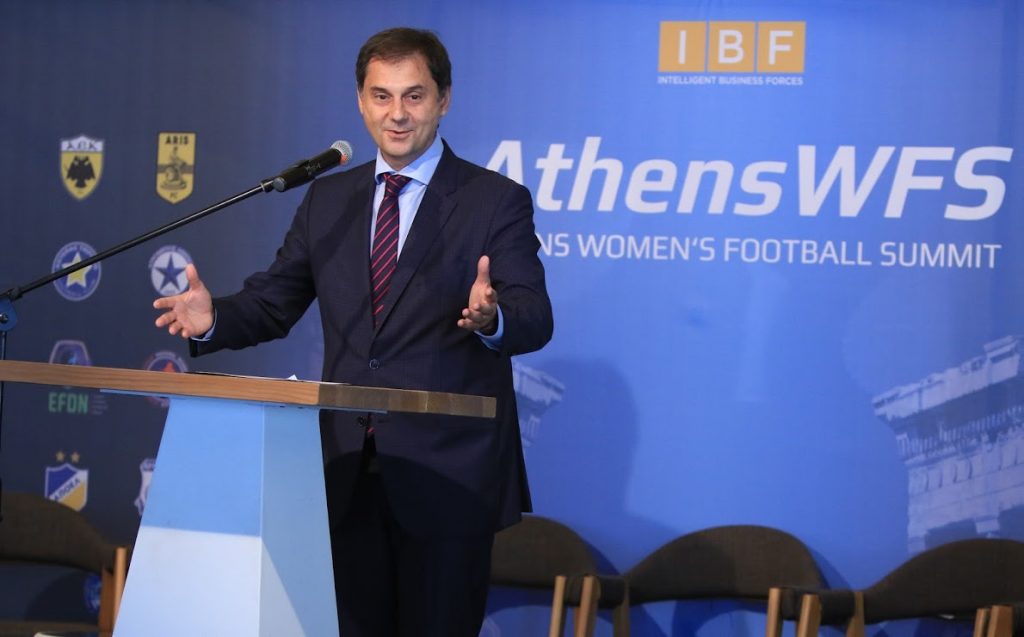 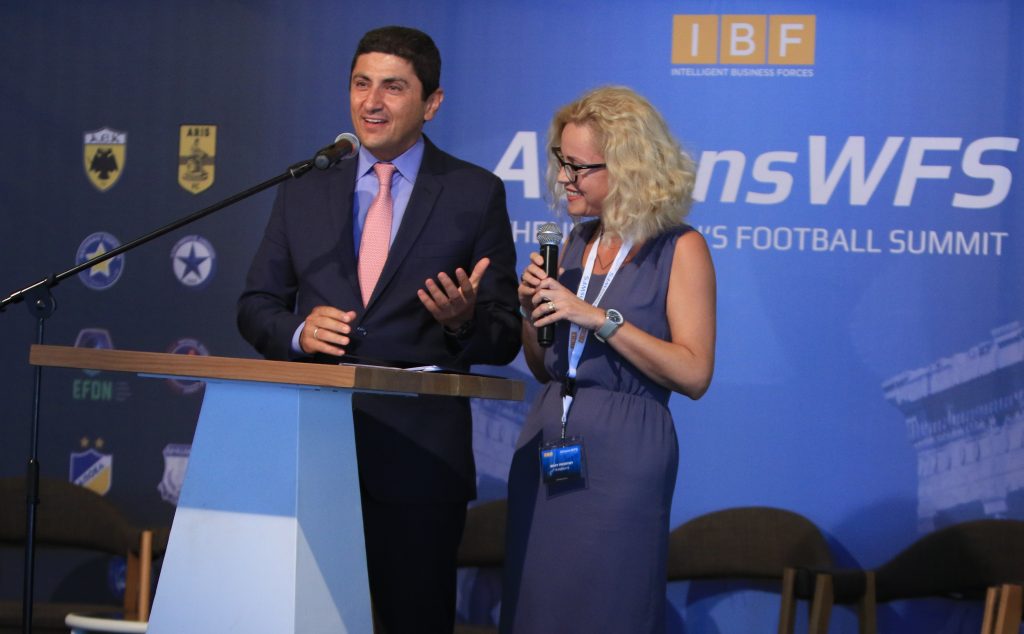 Then it was the turn of top football and business leaders to provide unique insights and provoke powerful conversations. Discussed were topics such as the global state of the women’s game, its unique culture and values, good governance and integrity, women’s leadership, marketing, branding, rebranding, sponsorship and investment in women’s football, facilities and infrastructure, grassroots and academy development, broadcasting and media, player safety, coach and player development, women referees, the role of representation, gender equality, inclusion, diversity, and much more. Further, it was a unprecedented opportunity for top stakeholders to create new frienships and business relationships, and set the foundations for exciting collaborations. Powerful experiences, perspectives and ideas from the cutting edges of the global women’s football industry were exchanged … all in a gorgeous setting framed by sun, sea and the unifying spirit of the women’s game we love.

and many more distinguished guests!

As pictures are said to speak a million words, here are a few images from this groundbreaking international gathering to provide a small glimpse into the energy, expertise, joy, power and genuine camaraderie of the event which left all participants eagerly looking forward to attending the International Conferences of the Athens Women’s Football Summit again in the future ….

Check out our Gallery for more pictures and our YouTube page for some videos from this groundbreaking event!

The Athens Women’s Football Summit was honored to have had the opportunity to show the movie “COACH” at our inaugural October 2019 summit (www.coachthemovie.com).

The film follows coach Tracy Hamm in her quest to earn the internationally renowned UEFA A coaching license. Tracy turned to Europe after her efforts to pursue a top license from U.S. Soccer were obstructed by requirements that candidates seeking waivers to bypass lower certification levels must have played three years of professional soccer. When she graduated from college in 2006, no professional women’s league existed in the United States as the Women’s United Soccer Association (WUSA) had folded and Women’s Professional Soccer (WPS) – which would not start until 2009 – would also fold after only a few seasons.

In 2019 Tracy became the head women’s coach at UC Davis. Before that she led San Francisco State to four consecutive winning seasons, including a 2018 postseason berth, the team’s first since 2010. Tracy had also served as head coach at Santa Rosa Junior College and as assistant coach at her alma mater UC Berkeley (Cal), where she was a four-year letter winner and three-time All-Pac-10 academic honorable mention. She was drafted in 2009, the inaugural season of Women’s Professional Soccer (WPS), participating in FC Gold Pride’s preseason, and spent her second season with the Atlanta Beat.

The California native holds a Bachelor’s in mass communications, as well as two graduate degrees: an Ed.M in counseling specializing in Sport Psychology from Boston Univeristy, and a Master’s in Coaching and Athletic Administration from Concordia Irvine. Tracy received her UEFA A Coaching license in spring 2019.

At our inaugural October 2019 summit we were excited to have COACH’s Executive Producer Courtney Levinsohn join us as a Speaker. A former captain and MVP of the women’s soccer team at UC Berkeley, Courtney created Growth Through Sports (www.growththroughsport.net) to help athletes of all ages to develop the competitive and emotional skills to both excel in Sports and have fun doing so. Based in New York City, the organization (GTS) also partners with local clubs to support Sport as a vehicle for positive social change. Within the soccer community, GTS focuses on increasing access to the game by helping coaches, educating parents, and empowering players.

We were delighted to also have Rachel LaSala with us in Athens, the Director of Marketing and Promotion for COACH.

Tracy, Courtney, and Rachel are among the Co-Founders of Women in Soccer (www.womeninsoccer.org).

Haven’t seen COACH yet? You should! Here it is in full. 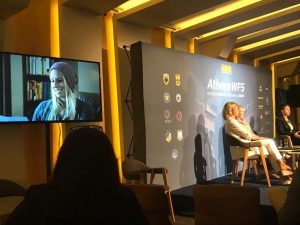 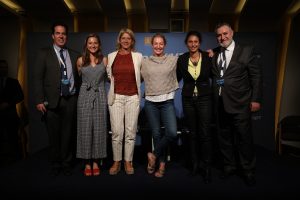